Friday rolled around and we loaded up the car and rolled the motorcycles onto the trailer. I received a last minute call and we soon gained an 80 series and Aric. Sweet! Our newly expanded party hit the road and we arrived in Moab  after dark and headed up into the La Salles to strike camp. After watching the temperature climb lower and lower as we drove higher and higher we decided to turn around and camp down in the Slickrock park area. It was a toasty 23 degrees out so we started up a fire in the ring. If there is one thing camping in the desert lacks it is available combustibles. Luckily we brought a staircase.

In the morning we defrosted and I blasted down the road to the ranger station to pay our permit fees we forgot the previous evening. Even with the sun out it was still a bitter ride at 40mph. That was not a problem however as there were lots of low speed diversions along the way to help me keep the chill off. When I returned we packed up camp and Aric departed as we made for town. We arrived at our condo, found the key waiting under the mat and sprawled out. We cleaned up, checked the hottub and headed into town to grab a quick bite to eat before hitting the trails. We made a pit stop at City Market to get some breakfast and sustenance for the day ahead.

I had my mind set on running fins’n’things as it was the only trail I have run previously and I wanted to see how the new FJ stacked up to my built Cherokee from a decade past. The FJ’s bulbous appearance really hides the impressive approach and breakover angles. The departure angle was sometimes inadequate for the steep up’s and downs Moab has to offer but the hitch happily took the blows and saved the rear bumper from harm. We ran the southern loop and I was pleased that the FJ climbed everything with ease.

We're not around right now. But you can send us an email and we'll get back to you, asap. 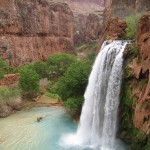 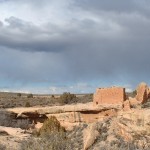